Frankston is a suburb of Melbourne in Victoria, Australia, in the local government area of the City of Frankston. It is located 41 km south-east of the Melbourne city centre, with a population of 36,097. Due to its geographic location, it is often referred to as “the gateway to the Mornington Peninsula”.

Situated on the eastern shoreline of Port Phillip, Frankston has been a popular seaside destination of Melbourne since the 1880s. Frankston Beach is still one of the most frequented in Victoria, and is recognised as one of the cleanest in Australia. It is also home to one of the largest exhibitions of sand sculpting in the Southern Hemisphere.

According to an article written by the reporter Jemimah Clegg posted in Domain, Frankston has now the title of the most affordable and livable suburb in Melbourne, overtaking Dandenong.

Frankston represents a great opportunity for first home buyers and investors that are trying to get into the Melbourne market, seeking some capital growth potential.

Some major developments happening in Frankston:

The Frankston house market reached its peak in April 2018 with a median house price of $620,000. This slowly descended until October 2019 where it reached the low of $570,000. This market correction made Frankston the most affordable and liveable suburb of Melbourne.

Looking to buy a property in Frankston? We can help 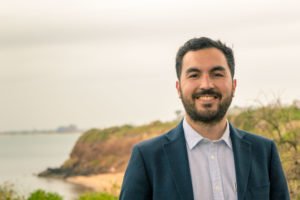 Find out how we can help you find and purchase your ideal property in Melbourne’s south east or Mornington Pensinsula at the best possible price. Click here to get in touch with a local Melbourne buyer’s advocate.

Frankston is a suburb of Melbourne in Victoria, Australia, in the local government area of…

Should you still buy prop…

2020 promised to be a bright year for the Australian property market. There were strong…

While Summer is almost over, we are trying to grab every opportunity to enjoy the…